What is happening:
The pets aggro remain on the last targeted enemy from every point in the map when switching between passive or follow to any other state.
In the sit state the pet will still run off to attack enemies.
Despawning the pet and respawning it again reset the aggro.
After some attacks the pet stop dealing damage while keeps geeting hit.

I'll just use this as the place to be as it related to what above and still exist even on latest build.

Some of the pet actions aren't working as intended and still has a lot of problems (I don't know how I never reported it till now, I thought for sure I did, sorry)

A. Ground pound gets used often by pet which makes it great, but after learning several skills it almost never use them past the first one-two use of it, making it damage go from great to extremely lackluster even against lv1s when its lv50. The more skills you learn the more it seems to hinder it ability to be useful.

B. The final move it learns always misses.

C. The stun can cause some strange mob problems, to the point that the mobs cannot move. 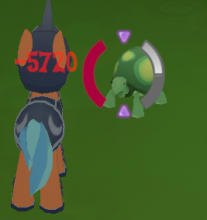 To add on to this some suggestions:

1: Set up a hot bar for the pet actions so we can have a little more control of how the pets fight and attack.

2: Not sure if the pet skills that buff the pet work (Guidance and Friends forever) but if they do you have to have the pet targeted to use it? If so maybe you should have those work on the pet even if it isn't targeted. Currently the pet combat at it's current form is clumsy and hard to use effectively.

Including my suggestions up above I also have had issues with pet agro like in the beginning of this task. This is also for Ver. 0.1.8