What is happening:
When reporting to Flan for two of my open Quests ("Intensive Carrots Unit" and "Removing Cookies and Browsing Data") the marker appears over her head, but all she says is "What a lovely ceremony" and there are no tabs/prompts for either of the quests or any other dialog.

What should be happening:
Should be able to select dialog tab to continue associated quest.

Steps to reproduce the issue:
I'm not sure what caused this issue. I had no problems on my other two ponies, just with my Pegasus character. When this issue first appeared with the "Carrots" quest, I tried beginning the "Cookies" quest to see if it was the quest with the problem or the NPC. It seems to be the NPC. I have attempted to use Old Quest Marker Fix to correct the problem, but it hasn't worked. 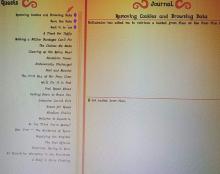