What is happening:
Its hard to pin down, but pets will at times reduce their HP to nothing left on the bar (unattackable most of the time by mobs, but can't fight back)

Note: I going to guess it because of how the pet tries to attack(even if nothing around), also strangely, I never could get this bug to trigger after inputting a command, but the pet menu vanished on its own before it happened.

What should be happening:
Pets should not reduce their HP enough to be a zombie

Steps to reproduce the issue:
bring any pet out, then select a command choose one that is either aggressive, attack, or assist. (make sure it still highlighted)

Wait a little bit, or move around some, eventually the pet will reduce their HP to nothing.

I tried follow/sit/passive, but either it takes much longer, or it doesn't work on those. 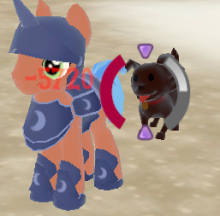