Some enemies are not using their proper stance in battle
Closed, ResolvedPublic
Actions

What is happening:
Enemies may or may not be using their battle stance, diamond dogs and timberwolves are good examples of this.

(NOTE: I had to bug the enemies with the candy shower bug in T1236 with them being on the ground to make them be in a battle stance, they will not do it if in the air bugged.)

What should be happening:
They should be using their proper battle stance when engaged with the player in battle.

Steps to reproduce the issue:
Try a few of the enemies and see if they using battle stance, again diamond dogs and timberwolves are good example.

Screenshots:
This one is standing and snaps occasionally when standing still, not doing attacks but in battle stance. 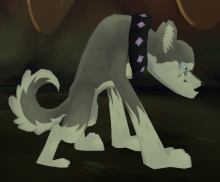 This is what we normally see when in battle against them. 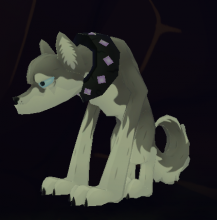 The wolf on the bottom left is in battle stance, the wolf nearest of me is not despite attacking me.

Mentioned Here
T1236: Mobs don't respawn after damage from candy shower above them

Issue has been fixed in recent builds.